Sahil is a case of birth asphyxia along with meconium stained liquor, diagnosed as MR with hypertonic  quadriplegicCP. The child was already 13-year-old when he joined Dr. Vasa and his contracture at lumbar pelvis hip knee ankle was at its worst condition.

At age 13, Sahil was like a log just lying supine.  He had severe hip knee flexion contracture along with delayed milestones.  His mouth remained open all the time and he used to drool nonstop.

Sahil was born on 21stNovember 1993. He was delivered after 9 month & 20 days and at birth his weight was 3.5 kgs. It was a forceps delivery. He didn’t cry on birth. After lots of attempts to make him cry he was put on oxygen & kept in incubator. He was born at 4.30pm but he cried at 6 am the next morning. Entire night his father & grandmother were waiting outside for any news. After he cried the doctor explained that he was finding difficulties in breathing and so they had put some pipe.

Even I was not allowed to go near him. Only after one food pipe was removed he was given to me.

The very next day i.e. on 22nd Nov. 1993, we got C.T. Scan & blood tests done, which were normal.  Everybody in the family loved Sahil a lot. I used to feel very irritated to answer curious question of people while traveling in bus, train with Sahil. People kept suggesting different doctors gave name of oils with which massage must be done on Sahil; I used to hear everything quietly & come back home and think what I should do.

When he was kept in the incubator for 7 days and we were in the hospital for 13 days the doctors had told us that when he will be 5 years of age, his mental development will be that of a 2 year-old-child. On hearing this we felt very upset & bad. He was a very handsome child.  He slept straight on his back, due to which he didn’t have hair on back part of his head. He always made a tight fist & made his body very stiff.  There was continuous drooling from his mouth. We used to keep changing his clothes the entire day, as he liked to be kept neat & clean.

When a new born child comes home the entire house is excited & thrilled but in our case the atmosphere was totally different, pessimistic.  Due to this reason I stayed at my mother’s house with Sahil for 3 years.

When Sahil was 3.2 months old, he had fever.  As he used to be sleeping all the time he had boil on his head which made it difficult for me to pick him up. Doctors had advised me that if Sahil has fever he must be given cold water bath to keep fever under control.  He used to cry continuously getting up at 2 a.m. and crying till 7 a.m.  His uncle used to take good care of him. He used to switch on the TV, radio, play with him. All the members of the family used to take good care of him.

When Sahil was 4 months old we took him to Bombay Hospital.  They told us that Sahil has to do some exercise and gave Calmpose tablet.   They told me Sahil will be able to walk within one month.  I was very happy thinking that after one month everything will change.  From next day onwards we started doing his exercises.  He used to cry a lot.  I felt at that time why should we be doing all these things as my child was suffering.  I controlled my emotions and continued the exercises.  From early childhood we used to feed Sahil.  He used to take 30 minutes to drink half cup of milk.  We used to feed him from the dropper.  He used to vomit after each feed.  After 5th month he was unable to hold his head straight.  He used to cry a lot.  During a month’s treatment with doctors here there was no any improvement seen.  The doctor had given so many tablets.  It was difficult for me to find out which tablet was to be given when and every time he used to vomit after taking medicines.

Dr. Prem felt that Sahil is crying continuously. But actually this was not the case as Sahil used to smile at all the family members. Leaving nothing to chance, we did all the tests suggested by the doctors but medical reports were all normal.

Sahil now understood what we spoke and he used to respond. But very often he used to have fever and we had to admit him to the hospital for 4/5 days. He was given treatment, medicines and injection which had become very painful routine to him and he used to cry a lot.  Seeing his condition everybody used to feel bad.

We tried everything.  One day one Bangali came to my house.  On seeing Sahil he said he will cure him and Sahil would be able to walk in 2 Months time.  I was very happy. He asked me for Rs.2000/-.  As I did not have Rs.2000/- I called up my sister-in-law. She came home, we had a discussion and she agreed to give Rs.2000/-. The Bengali gave some oil and medicine and he said he will be back in 1 week to check progress but he never turned up again and I understood that I was duped.  My brother and sister-in-law helped me a lot.  When Sahil was a year old, he was able to step and he stopped crying.  We all were very happy. Now I could attend the family functions, visit relatives.  Only thing was Sahil was unable to walk. Sahil loves his uncle, aunty, cousins so we used to take him to their house.

When Sahil was 2 years and we took him to a school in Bandra for speech therapy. Travelling was a great difficulty, so we took him to Haji Ali.  One day the in-charge (Madam) asked us why do you get your child here, we will not take any responsibility as there is no improvement even after exercises being done in Bombay Hospital.

When Sahil was 3-year-old, we made him do exercises comfortably and never forced him. Since then we have continued his exercise for last 4/5
years but there has been no improvement in Sahil’s condition. At the age of 6, we took Sahil to school of mentally retarded children in Sewri.  They advised us to take him to Agripada where they would treat him and also make him do exercise.  Somebody else suggested we take him to a doctor in Nashik. We took Sahil there and we came to know it was acupressure. So, we decided to do acupressure in Mumbai. Now he has started saying few words, recognizing people, he understands the tasks. At the age of 10, we took him to a school in Colaba where he got the admission and the school timings were from 10 a.m. to 4.30 p.m.

My mother spoke to the Bhojraj of Hinduja Hospital and he suggested we speak to Ms. Trupti.  We took Sahil there.  Dr. Rajul told us that he will be able to walk. She gave him few basic exercises.  After 15-20 days, we noticed lots of changes in Sahil. We continued with the exercises.  All his life Sahil we had been seeing him in lying posture only. Now Sahil could sit, move, his hands have improved.  I thought that after operating upon his legs Sahil would be able to walk but no doctor was willing to give assurance of this. So we decided not to go with any surgery.  I recollect, once upon somebody’s suggestion we had taken Sahil to Dr. Ashok Johri. He told us that with some assisted devices Sahil would be able to stand but will not be able to walk; we had felt helpless then.

After starting with Dr. Vasa, a co-worker of my brother used to come home to get Sahil’s exercises done. Whatever changes in Sahil’s health is because of Madam. Sahil’s body had become so much stiff with his growing age that to make him sit in cross leg posture was impossible.  He used to be in just lying down posture before starting with Dr. Vasa. He also had an open mouth 24 hours.  He couldn’t close it at all and there was lot of drooling because of this.  Now he is able to keep his mouth closed.  Now he is able to eat with his own hands and also able to play tablaa on his own.  Now since he has become very tall, it has become difficult for me to carry him to madam for regular follow up. We are very grateful to Rajul madam and Trupti madam for giving my son a better life. 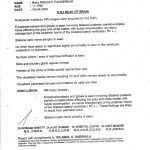 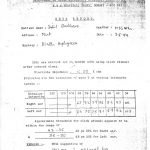 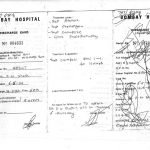 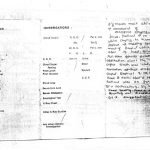 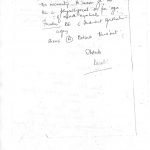 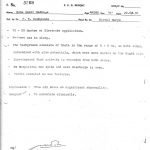 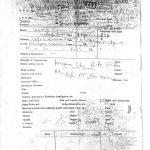 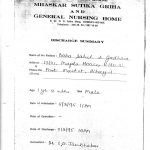 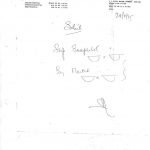 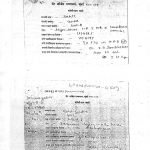 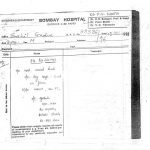 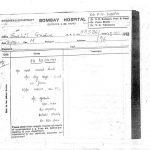 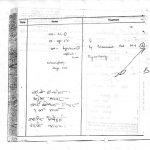 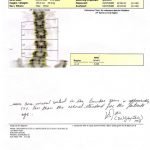 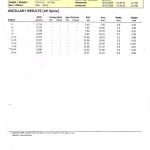 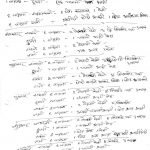 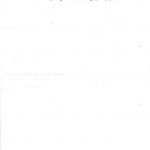